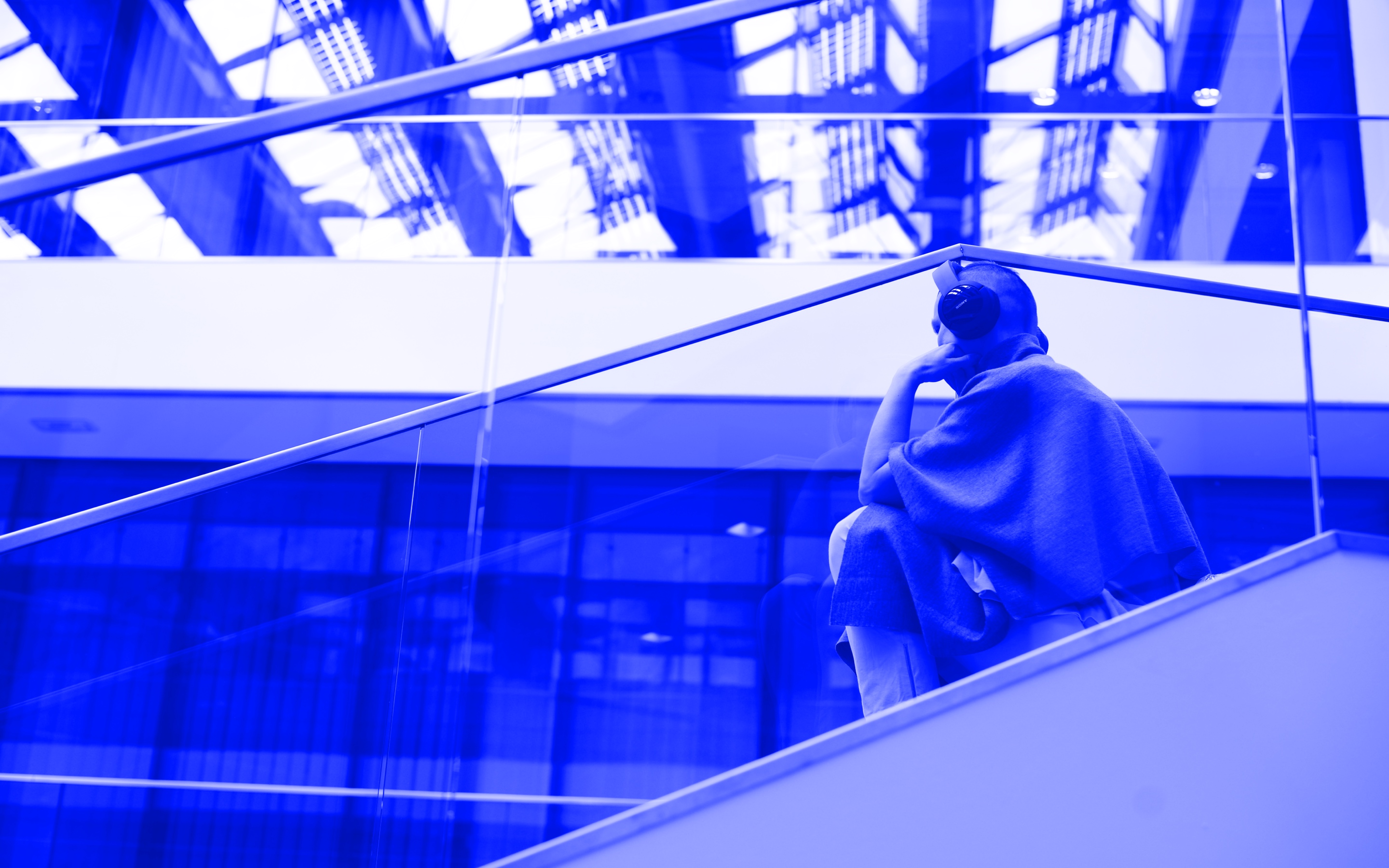 The collaboration between Nicole Dewandre and Frederik De Wilde took initially form as series of conversations, both oral and written, in Ispra and in Brussels. Frederik’s interest for the Onlife Initiative and the figure of the relational self has been a wonderful opportunity for Nicole to clarify and dig deeper into the relations between hyperconnectivity and neo-liberalism, between reality and representations thereof, between the different imaginaries underlying art, science fiction and politics.

NICOLE: “I also enjoyed challenging the gendered dimension of the Rodin’s modern, male and idle thinker. I enjoyed sharing my passion for how Hannah Arendt values the activity of thinking, distinguishing it from the activity of knowing, and sharing also how and why her conceptualisation of humanness in the Human Condition is so appropriate to grasp humanness in this emerging hyperconnected era.  Frederik De Wilde’s  hyperthinker invites each of us to …think… about what is it to be human in the XXIst century. Let’s stay away from the fear or fascination –by the way, the two sides of the same medal- we often develop for artefacts. Politics and policies only make sense if they are human-centric, and this human-centricity entails also our inherent interdependence from each other and from our surroundings.  This is why freedom is not about autonomy, but about resonances.”

The HyperThinker artwork series are inspired by the iconic sculpture The Thinker from Rodin that portrays a nude male figure in deep contemplation. De Wilde wondered: “What is The Thinker thinking NOW? How would a 21st Century Thinker look, feel and think like?” Thinking used to be a solipsistic activity that we do on our own. Yet, as Nicole Dewandre is highlighting in her work, human beings are also plural and relational in our online and offline lives, and this affects the way they think. With the ubiquitous access to internet and the expansion of connectivity to objects, there is a radical expansion of the connectivity realm. This radical expansion of connectivity destabilise in profound ways the modern conceptual frameworks on which policy-making continues to rely, implicitly and explicitly. For example HyperThinker #1 critically questions the nature of the radical shifts that hyperconnectivity impose on the human condition in relation to fairness (e.g. inclusion vs exclusion, access vs non-access, …).

The Hyperthinker project was presented at the Resonances Festival II,  a flagship initiative of the JRC European Commission, the project is which brings together artists, scientists and policymakers around themes central to the JRC and the European Commission. The festival aims at fostering awareness and stimulating new thinking/sensing at the border between science, art and society through the production of correlated works by artists, nurtured by the dialogues with scientists.